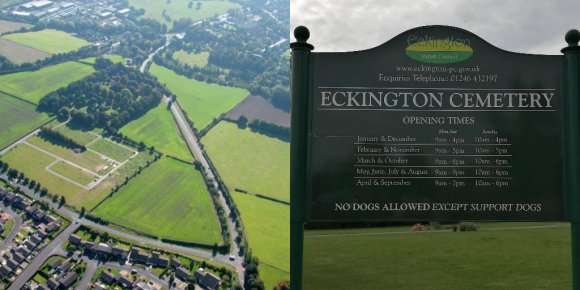 Eckington Cemetery on Sheffield Road has been serving the people of Eckington since late 1877. It is a beautiful and peaceful green space full of mature trees, with sweeping views over Eckington. It is important to Eckington Parish because it holds much of our history as a community.

The first interment in December 1877 was paid for by Charles Poole, a carrier of Mosborough, and was for William Poole, minor. The original gravestone is long gone, but in 2018, Eckington and District Preservation and Historical Society and stonemason Gary Daynes arranged for a new memorial to be placed on the grave. You can see many other gravestones from the early days in the lower part of the cemetery.

The Cemetery originally had separate sections for Catholics, Non-conformists and Protestants and there are a number of paupers' graves without headstones. The top of the Cemetery holds more modern graves, memorial benches and the Four Seasons Memorial Garden. 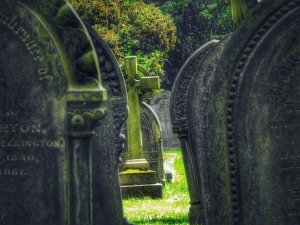 Notable graves include Billie Nelson, the professional motor-cyclist who raced with Charlie Freeman. See also the grave of Alfred Williamson who lost his life in March 1895 attempting to rescue three children from Plumbley Colliery Pond. All three children drowned and their graves are marked by new headstones which were erected on the 125th Anniversary of their passing. Alfred Williamson's gravestone was erected by the Enginemen's and Firemen's Association of Plumbley Colliery and Friends in Eckington and Mosborough. There are also a number of military graves which are funded by the Commonwealth War Graves Commission. 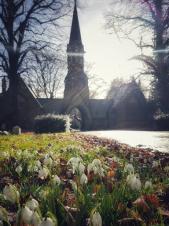 The Chapels of Ease (the buildings separating the lower and upper parts of the Cemetery) are Grade II listed buildings. They have recently been repaired and weather-proofed by the Parish Council with funding from the BNED Leader. 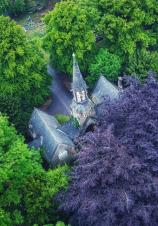 Eckington Cemetery is on Sheffield Road Eckington. Its new main entrance is on Windmill Greenway and there is space for car parking in this part of the cemetery. A one-way traffic system operates in the top half of the cemetery.

The Cemetery Office is located in the lower part of the Cemetery near the former entrance on Sheffield Road.

The Cemetery can be located at;